Warning: "continue" targeting switch is equivalent to "break". Did you mean to use "continue 2"? in /homepages/12/d293497152/htdocs/clickandbuilds/DaddyBjorn/wp-content/plugins/jetpack/modules/infinite-scroll/infinity.php on line 155
 Late last night we ended up in a Bangkok Emergency Room | DaddyBjorn 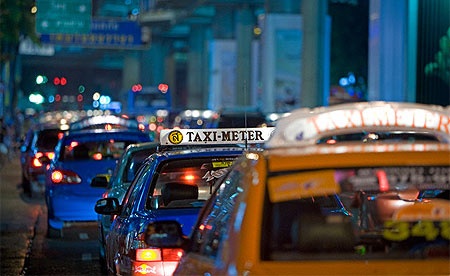 Drama from the start…

So I thought I was going to be able to ease you into the drama seeing as I just started DaddyBjorn two days ago.  No such luck.  Last night at midnight we ended up in the Emergency Room, petrified the baby was coming two months early.

But before we get to the scariness

Let me back up.  Yesterday started well.  We went to a play date organized by a friend with young kids who was leaving Bangkok for good to move back to the US.  Then we hit IKEA where I worked on some writing while Jammie checked out baby gear.  Bangkok’s IKEA  is in one of our favorite malls so we didn’t think much of spending several hours there and it wasn’t until we were tucking into some Japanese food (no, we weren’t eating sushi — we know raw fish don’t fly in pregnancy) that Jammie started having massive back pain.

The pain hit pretty suddenly and with ridiculous force, so we called a quick end to the evening and took a taxi home.   By the time we got home the pain was unbearable.  Jammie was almost completely hunched over by the time we got into the apartment and she went directly to bed.  We hoped that her lying down would ease the pain.  It didn’t.  It got worse.

I tried massaging her lower back (the pain was especially focused on the lower left area of her back) but the relief was only temporary.

Fearing a nightmare scenario I Googled “signs of pre-term labor” and totally freaked out when “lower back pain” was listed.  Jammie had also felt slight nausea and cramping— both of which were on the list as well.

The pain was coming in waves and was extreme so it was time to think fast.  I called my mom (a retired pediatrician) in England.  She said to head to the hospital so I called our OB (who didn’t answer), then called the ER to give them the heads up, grabbed wallets and passports and wheeled Jammie down the hall to the elevator on a little ottoman we had in the apartment.

Literal bumps in the road

When we got down to our lobby I sprinted out to the street and got another taxi.  We then headed out for the hospital.  The taxi driver must have thought Jammie was giving birth because he was panicking.  He sped as much as possible on open stretches, but took a wrong turn and took us down crowded side streets with a seemingly endless series of speed bumps that made Jammie’s pain even worse and drove our fears of premature labor through the roof.

We finally got to the hospital, the hyperventilating driver drove the wrong way up a one-way ramp and lurched to a theatrical halt in front of the ER receiving area, forcing one of the guards on duty to jump out of the way.

We were whisked in.  Luckily the staff had already pulled our file and within minutes both an orthopedic specialist and an OB had examined Jammie.  “You are feeling muscle spasms in your back but there are no contractions and this is not preterm labor,” reported the OB.  There are few times in my life that I’ve felt more relieved.

The next part was almost comedic. Because she is pregnant, Jammie only got to take Paracetamol for the pain.  Crazier still, two paracetamol tablets and 30 minutes rest were all it took before the pain was gone and we were discharged.

“I’m kind of embarrassed we barged in like the world was ending,” said Jammie as we headed for the door.  “Who goes to the ER for paracetamol?”

Prayers of relief and thanks (probably from the ER staff too, but for different reasons) went up as we exited.  “Man, it makes you wonder what actual labor will be like,” said Jammie as we settled in for a far less dramatic taxi ride home.